UofL student-athletes have achieved a record 91% graduation rate, according to data released by the NCAA. This matches the Cardinals’ best mark in the Graduation Success Rate Report, which was developed 17 years ago to account for transfers, including mid-year enrollees, into the university who graduate and those who leave in good academic standing.

The Cardinals’ GSR, most recently reported for freshmen who entered in the 2014-15 academic year, has risen 25% since the reporting began 17 years ago.

All UofL student-athletes combined to produce an average grade point average of 3.0 or better for each of the last 21 straight semesters.  Cardinal student-athletes achieved an impressive 3.256 collective GPA for 2020-21 academic year.  A total of 360 student-athletes were 2020 Red and Black Scholars, representing a cumulative GPA of 3.25 or better. 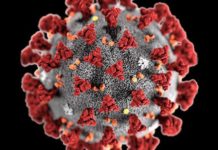