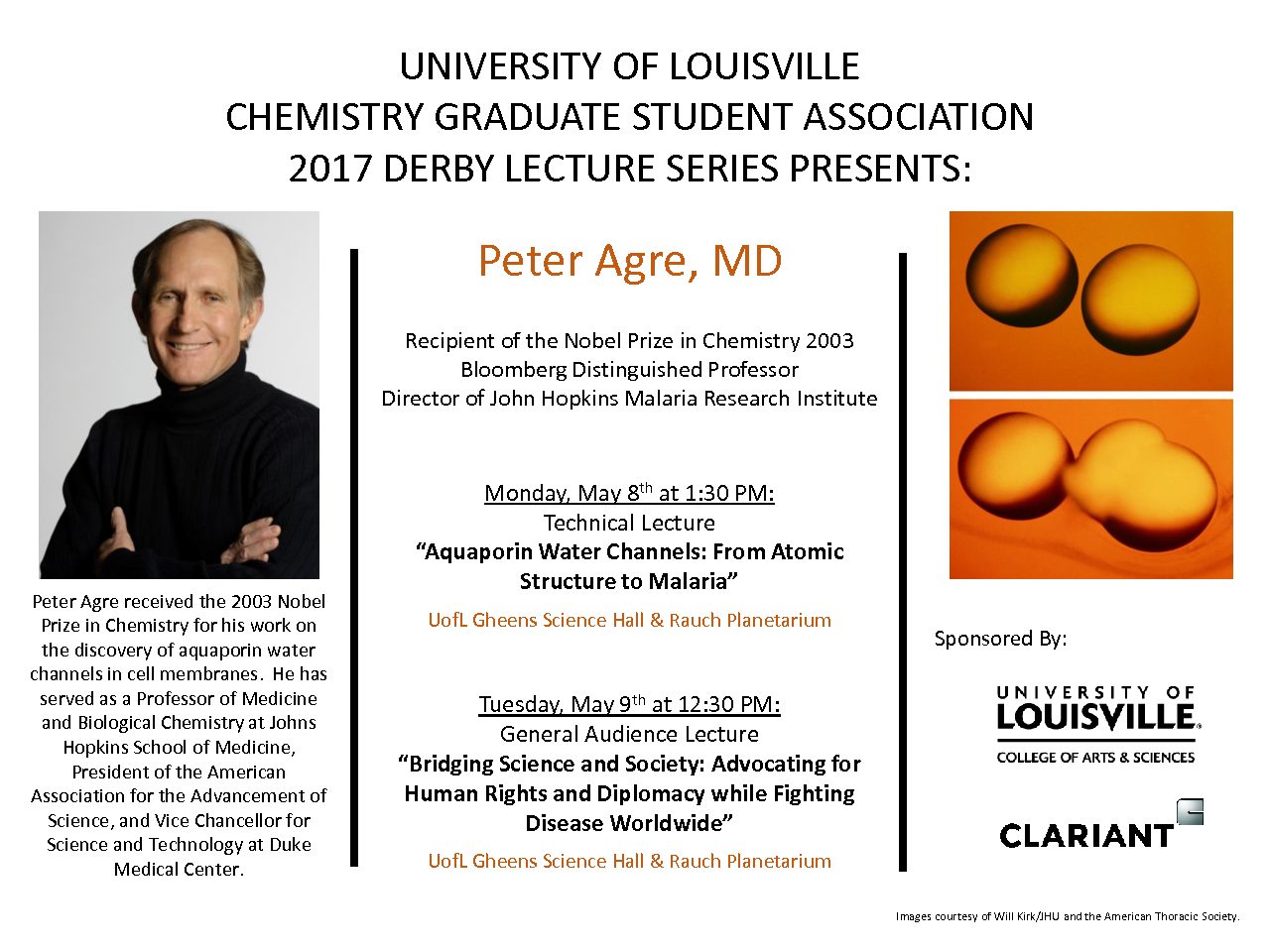 Biochemist Peter Agre won the Nobel Prize for work on what has been described as the plumbing system of cells but he also will be discussing science in a more global way when he visits UofL.

The Johns Hopkins University professor, also former president of the American Association for the Advancement of Science, is known for his science diplomacy work with other countries.

Agre’s free, public, general-interest talk about “Bridging Science and Society: Advocating for Human Rights and Diplomacy While Fighting Disease Worldwide” will begin at 12:30 p.m. May 9 in Gheens Science Hall and Rauch Planetarium.

The Chemistry Graduate Student Association in the College of Arts and Sciences sponsors the annual Derbytime lecture series with Clariant, a Switzerland-based chemical company with operations in Louisville. Students invite the lecturer to attend the Kentucky Derby with them.

“CGSA is pleased to host Dr. Agre as the 2017 Derby Lecturer, not only due to his vast scientific achievements but also for his unique experiences in science diplomacy across the globe,” said Kelsey Kaht, CGSA president. “This is a perfect mix for our Derby Lecture Series because we encourage the entire Louisville community to come together to appreciate science, and we think that is easily achieved through Dr. Agre as his work expands beyond the typical lab bench.”

Agre led visits of U.S. scientists to Iran, Myanmar, Cuba and the Democratic People’s Republic of Korea (North Korea) to foster collaborations on peaceful science projects and disease eradication in attempts to reduce tensions between countries.

The professor is director of Johns Hopkins’ Malaria Research Institute. He won the famous chemistry prize in 2003 with Roderick MacKinnon. Agre was recognized for his discovery of aquaporins, which channel water molecules rapidly through cell membranes in animals and plants.

His more technical talk, “Aquaporin Water Channels: From Atomic Structure to Malaria,” will begin at 1:30 p.m. May 8, also at the planetarium.