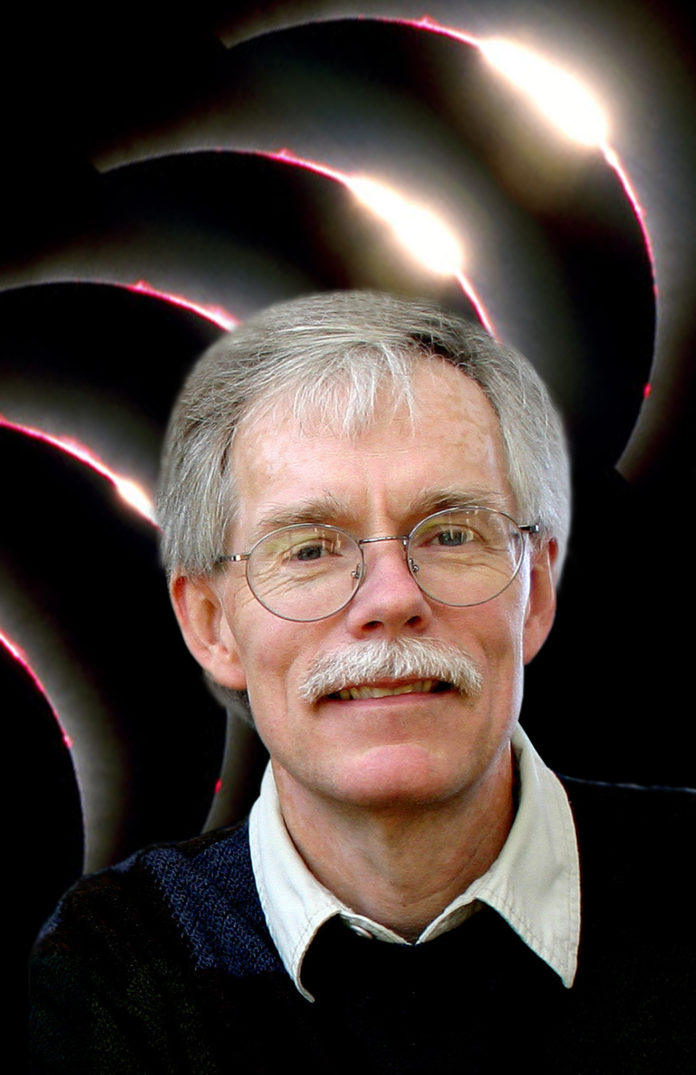 A former NASA astrophysicist known as “Mr. Eclipse” for his many books and predictions on the phenomenon will visit the University of Louisville Oct. 13 to talk about the 2017 total solar eclipse.

Fred Espenak will speak at 6:30 p.m. about “The Great American Total Solar Eclipse of 2017” in Comstock Hall, School of Music. The free, public talk is the 2016 Bullitt lecture in astronomy. The annual lecture and reception afterward are intended for the general public.

Espenak, who has witnessed 26 total solar eclipses, will discuss expectations for the Aug. 21 total eclipse, which will be visible from the contiguous United States for the first time since 1979. The maximum viewpoint for the totality of the moon covering the sun will be near Hopkinsville, Kentucky. Viewers can expect a daytime twilight effect and a glimpse of the sun’s corona.

The scientist retired from the National Aeronautics and Space Administration’s Goddard Space Flight Center in Maryland and now lives in Portal, Arizona, where he operates the Bifrost Astronomical Observatory and runs three eclipse-related websites. His numerous books include “Eclipse Bulletin: Total Solar Eclipse of 2017 August 21,” “Totality: Eclipses of the Sun” and “Get Eclipsed: The Complete Guide to the American Eclipses.” The American Astronomical Union named an asteroid after him in 2003.

UofL’s physics and astronomy department and the Gheens Science Hall and Rauch Planetarium present the annual Bullitt lectures through an endowment established by the family of former U.S. Solicitor General William Marshall Bullitt.