University of Louisville researchers are using robots and virtual reality to help kids with autism practice the learning and social skills they need to succeed in group learning settings and real classrooms.

In a study, researchers Drs. Mohammad Nasser Saadatzi and Karla Conn Welch paired a human student with a humanoid robot — a little orange-and-white artificially intelligent robot named NAO — in a mock classroom. The two took turns reading words that were presented on a computer screen by a virtual character simulating a human teacher.

The robot seemed to help the five participating students adapt to group learning contexts, which the researchers said can be difficult, yet beneficial, for kids with autism. As a result, the kids learned more words — 100% of the ones taught to them, and 94% of the ones exclusively taught to NAO.

“And that was significant as a part of the research,” said Welch, a professor of engineering. “The children did seem to interact and engage and pay attention to the robot, as well as the computer teacher.”

Saadatzi said that, especially for kids with autism, actively participating in class can sometimes seem overwhelming and there’s the fear of embarrassment or judgement. But the NAO was friendly — kids would interact with him almost like a real classmate celebrating correct answers and saying “hello” and “goodbye” before and after class.

“The robot played the role of a peer for the student,” he said. “The student got to learn new academic skills, but also had the opportunity to practice some of the social skills required for multi-student contexts without the negative feedback and teasing of their peers.”

That gave the students a chance to practice their social skills — things like building friendships, paying attention when someone’s speaking, turn taking, tolerating intermittent attention by the teacher, joint attention and so on. Roland Bibb said those interactions have been a big help to his son Jaryn, a seventh grader who participated in the study.

Saadatzi is also working on other tools that could help kids with autism in or outside the classroom. One invention, which he tested in the study, is a set of smart eyeglasses that could track and wirelessly collect physiological data in real time — electrodermal activity, cardiac rhythm, skin temperature and blood volume changes, etc. That information can be used to understand their emotional state. He further developed that idea in UofL’s NSF I-Corps site program for translational research.

For the researchers, part of the goal of this work is to show the value technology — like artificial intelligence, virtual reality and robotics — can have in helping young students with and without disability learn and succeed.

“We would like to see these more and more in school settings, and more and more in home settings,” Welch said. “The cost is certainly a factor right now, but that’s what we want to show with the research — that this has some, not just value, but an educational piece or an interaction piece so that people can see how useful these are.”

Watch a video on the on the research below. 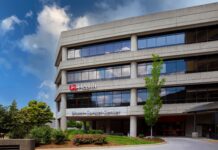