John Trent, a University of Louisville researcher and innovator known for harnessing the power of thousands of computers to discover drugs that could fight everything from cancer to coronavirus, has been named a Fellow of the National Academy of Inventors.

Fellows are selected for their “spirit of innovation” in university research, helping to generate groundbreaking inventions that have a tangible impact on quality of life, economic development and the welfare of society.

Trent is the only 2020 fellow from the state of Kentucky and the seventh from UofL. The 2020 Fellow class of 175 inventors represents 115 research universities and governmental and non-profit research institutes worldwide.

“It’s certainly an honor and I think it’s a testament to the drug discovery program we’ve built at the Brown Cancer Center and UofL through many collaborations and partnerships,” said Trent, a professor of medicine and the Wendell Cherry Endowed Chair in Cancer Translational Research. “The benefits of UofL are the support we’ve had for taking creative activities through intellectual property protection to the commercialization grant programs.”

As deputy director of basic and translational research at the UofL Health – Brown Cancer Center, Trent’s Molecular Modeling Facility uses computer predictions to understand and virtually test how drug and disease molecules might interact before real-world testing in the lab.

Trent also runs the UofL partnership with Dataseam, a company that created a grid that uses the processing power of thousands of computers in schools across Kentucky that Trent uses to screen potential drugs and compounds against cancer targets and, most recently, SARS-CoV-2 and COVID-19. The DataseamGrid has the capability to screen millions of potential compounds against molecular targets in only a few days.

Trent holds more than 50 patents, 24 of which are U.S., and numerous licenses and option agreements with potential commercial partners. Among other accolades, he received the Apple Science Innovator Award and the 2019 EPIC Innovator Career Impact Award, the latter awarded through the UofL Commercialization EPI-Center.

“We’re very proud of John, and all his work to create innovations that have the power to advance our health,” said Kevin Gardner, UofL’s executive vice president for research and innovation. “The fact that John and other UofL researchers before him have received this honor, the highest for academic inventors, shows our university’s commitment and leadership in research, invention and developing technologies that change and improve the way we work and live.”

Trent’s induction, paired with Bates’ four years earlier, also makes the two of them one of only a handful of married couples to be named fellows. The duo also frequently works together, including developing the aptamer that would become the basis for innovative technologies since applied to fight cancer and novel coronavirus.

Among the class are 24 recipients of National Academies of Sciences, Engineering, and Medicine honors, six recipients of American Academy of Arts & Sciences honors and two Nobel Laureates, as well as other honors and distinctions. The complete list of 2020 NAI Fellows is available here. 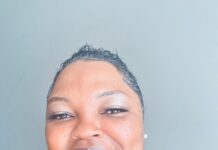 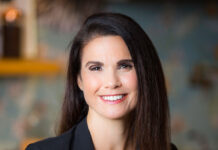