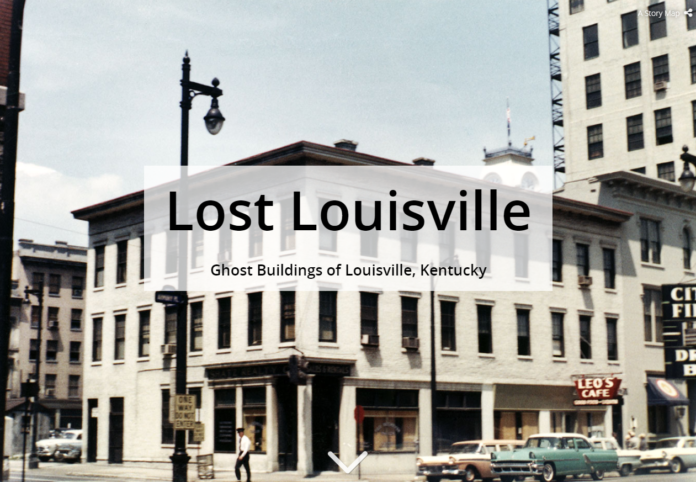 Ever wonder about Louisville’s old buildings and which ones have been lost in time?

University Libraries has just made it much easier to discover them with a release of a new digital exhibit – Lost Louisville: Ghost Buildings of Louisville, Kentucky.

Terri Holtze, head of web services at University Libraries, said the map allows people to ponder important questions about the built environment like: Why were these buildings singled out for demolition? Which of them suffered natural catastrophes? Why do certain neighborhoods have so many buildings missing? Why have many of the buildings been replaced by parking lots? What does it all mean in terms of livability for citizens?

“I hope people use the site to explore these images and think about the implications of a changing building-scape in the neighborhoods of Louisville,” Holtze said.

Phase I, which is available now, focused on the areas of the city from Broadway to the Ohio River and from Beargrass Creek to the river. More than 1,100 images cover neighborhoods from Shawnee to Butchertown. About 50 images marked with a star indicate links to interactive sliders that compare the historic photos to recent images of the area.

Research on Phase II has already begun to expand the project.

“In future phases we hope to add essays by experts that will interpret these maps and photos through the lenses of architecture, local history and urban planning,” Holtze said.