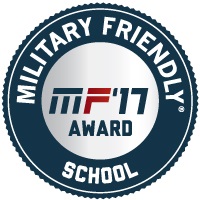 LOUISVILLE, Ky. – The University of Louisville has once again been named a top choice for military members transitioning to civilian life and continuing their education.

Victory Media Inc., publisher of the guide and also publisher of the employment publication G.I. Jobs, said the designation is based on factors such as academic policies, campus culture, admissions and orientation, graduation and career outcomes, military student body composition and financial aid/loan repayment.

“UofL’s mission is to educate and employ military members,” said Renee Finnegan, UofL’s director of military initiatives. “We are proud to be recognized for our efforts and we encourage transitioning service men and women to talk with us about how we can help with their future endeavors.”

Military-focused programs at UofL include a bachelor’s degree in organizational leadership and learning; criminal justice; a Master’s in Social Work with a military specialization; and VetStart, which teaches veterans how to start new businesses. Additionally, the Army War College Fellow program, in which an Army leader spends a year studying at UofL, is in its third year at the university.

For the Fall 2016 semester, more than 970 veterans or military members were enrolled at UofL.

The entire list can be found online at MilitaryFriendly.com.