Bendapudi reminded faculty members that student wellness is a priority and that employees should reach out the best they can to make sure our students are doing OK. She also noted that new trustees have been appointed by Governor Matt Bevin – Scott Brinkman, Randall Bufford and John Chilton.

A committee has been formed to identify UofL’s “Grand Challenges.”

“These are big, broad topics that we can tackle as a university, identifying what we’re particularly strong at,” Bendapudi said.

Bradley and David Jenkins, dean of the Kent School, were named co-chairs of the provost search committee, and a search firm has been identified.

Bradley provided a breakdown of the new budget model, agreed upon by a large committee with broad representation. The committee followed these guiding principles:

There are a number of budget models, including incremental, zero-based, activity-based and responsibility center management. UofL has chosen to go with activity-based at this time because it incentivizes enrollment and enrollment brings in money, Bradley said. He also noted that it’s important to remember people make decisions, budget models do not.

“We want to create incentives for each unit that align with the strategic plan,” Bradley said. “We came up with levers for every credit hour.”

“If one unit gains and we don’t have a model to reward that unit, that’s a problem,” he said. “We want protections in place for units to find out where they’re at and have discussions about budget subsidy allocations.”

The model also changes the way the university approaches carryover. Before, any money left in the budget at the end of the fiscal year would be swept. Now, 50% of that surplus carries over.

The model as it is now does not include departments like Libraries or IT that are part of the centralized budget.

Some faculty members raised concerns about the model encouraging cannibalization from other units and the lack of inclusion about interdisciplinary studies.

“This is not a do or die budget model. This is an evolving process,” Bradley said.

The committee is in the process of resetting the general fund base budgets. The next phase, expected to come in July, includes reviewing/modeling and changing the model, discussing cost allocations and discussing an All Funds budget model.

Boehm said the search for a new A&S dean is underway, with SPHIS Dean Craig Blakely chairing. An interim dean will be put into place soon.

Interfolio, a management software tool, has replaced Digital Measures for faculty documents and training will be held in mid-January.

An update about the Benefits Design Workgroup was provided. The objective is to offer a competitive benefits package that enhances UofL’s ability to recruit, retain and reward its employees in order to ensure the university is a great place to work.

As part of this charge, the group is looking at a 2020 Strawman Strategy that evaluates moving to an HDHP with an HSA and a generic preventative drug list to replace one or both HRA plans. The group will also evaluate the EPO, consider plan design changes for the PPO, evaluate university-provided seed money and more.

Delivery of care, health management and wellbeing and member education and communication are also being evaluated by the group. The presentation is available online.

The Student Government Association is working on making sure class spaces are effective for engagement, that web pages are accessible and that books are affordable.

The Faculty Senate Chair’s report is also available online. Chair Krista Wallace-Boaz informed the group that the new committee on student wellbeing has met and formed subcommittees, including a subcommittee on faculty roles in student wellness. She also noted that the EVPRI position is down to three candidates.

The meeting opened with a proposal for a new BS in Urban Studies. The program would be housed in Urban and Public Affairs in the College of Arts & Sciences and would include collaboration from the departments of Sociology and Geography. It would ideally increase undergraduate research, community engagement and transfer students and is modeled on similar programs at the University of Cincinnati and Cleveland State. The motion carried.

The Redbook Committee announced two first readings: an update to the School of Dentistry bylaws that includes minor clarifications, and a revised personnel document for the Speed School, which includes a rework of term appointments and a code of conduct. Votes for both will be held during the January meeting.

The next Faculty Senate meeting is Jan. 8 in Chao Auditorium. 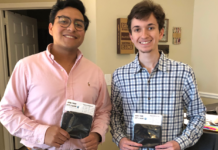 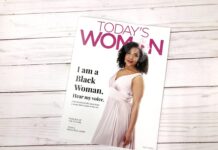