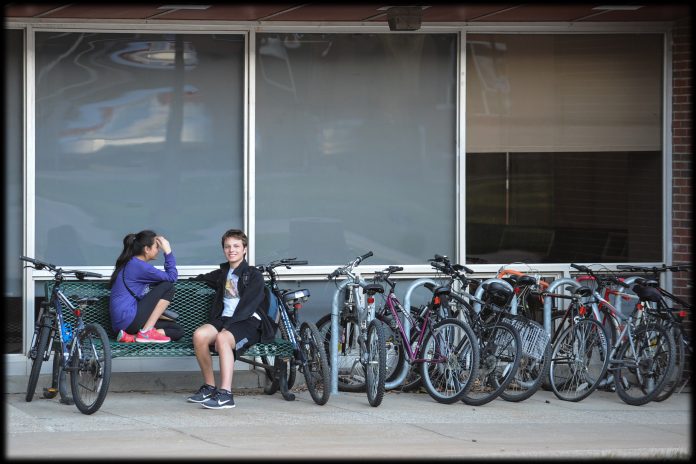 Do you bike or walk to campus? Take a TARC bus? Get a ride with a friend?

Helping to reduce carbon emissions by lowering the number of cars on the road is one of the key goals of UofL’s sustainability efforts.

Several transportation options are available to UofL students, faculty and staff that enable commuters to leave their cars at home. When these commuters need a car – to perhaps pick up a child, run an errand or get to a last-minute meeting – the Enterprise CarShare program has been at the ready since 2012.

The program expanded in 2014 to allow members of the public to use the cars, prompting a 30-percent increase in reservations. With four cars located on UofL’s Belknap Campus, a fifth car was added May 18 downtown for users near the Health Sciences Center.

The new CarShare vehicle is parked outside UofL’s Kornhauser Library at 500 S. Preston St. All cars are cleaned, maintained, insured and fueled by Enterprise CarShare as part of the hourly rental charge.

“UofL and the city of Louisville are committed to reducing pollution and the number of cars on the road,” said Justin Mog, UofL’s assistant to the provost for sustainability initiatives. “Having cars available to share allows people to commute via bus, carpool, bike or foot, knowing that a vehicle is accessible if needed for an appointment or errand. It also allows residents on or near campus to avoid the expense and hassle of owning a car. Millennials are totally into that.”

Anyone 18 or over with a valid driver’s license can use the cars, which are available year-round, 24 hours a day. Once users purchase a low-cost annual membership, they can access the vehicles whenever needed for $8 per hour or $56 per day. Details can be found at enterprisecarshare.com.