In Louisville and around the world, roughly 1,500 veterans or those with direct ties to the military call themselves Cardinals. UofL provides these students with benefits, resources and a welcoming campus.

“[UofL] offers a great discount for military personnel as well as allowing us to intermingle with the other students on campus,” said Jayelyn Lewis, a cadet in the Army ROTC and graduate student. “You don’t feel like an outcast as a veteran, you feel like you fit right in with the students.”

UofL, which has been named a “military friendly” school for 10 years in a row, offers veterans $250 per credit hour, meaning they can obtain their degrees almost for free.

“I think UofL does an outstanding job of [welcoming veterans], and they do more than enough,” said Spraggins. “I appreciate the support UofL has given veterans.”

Check out more about our military programming: 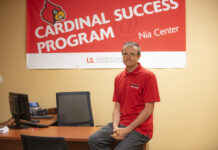 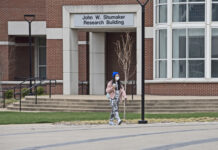 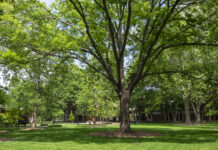