It’s been just a few months since the Greenwood sisters graduated from UofL and wrapped up their final softball season in Louisville. During their time at the university, the duo captured hearts with their endearing bond, impressive performance and generosity.

The two have been playing softball for as long as they can remember. They were teammates in various youth leagues and even through high school. After landing at different colleges, though, they never imagined that they’d find themselves on the same team again.

Cassady began her college softball career as a Cardinal in 2019, playing 34 games with four starts as a freshman. Carmyn, who is almost two years older, transferred to UofL from Auburn before the 2020 season.

This past 2022 season – their last together– Carmyn came through holding the school-record .408 career batting average and an All-ACC First Team selection. She was also selected for NFCA All-America and NFCA All-Southeast Region teams. Cassady was named to the ACC Academic Honor Roll

The sisters’ skill and grit filled the stat sheets while they both earned their degrees. Carmyn earned her marketing degree in 2021 and pursued an MBA. Cassady majored in psychology with a minor in Spanish.

Their impact, however, extended well beyond the classroom and the field. While active on the Cardinals’ roster, the sisters collaborated to sell branded gear for a purpose, donating their Name, Image, Likeness (NIL) earnings to the national nonprofit called Blessings in a Backpack.

Blessings in a Backpack collects food for school children who are fed during the week through federally-funded Free and Reduced Meal Program and who are at risk of going hungry on the weekends. The sisters, who volunteered at the organization’s Louisville office, created a logo and brand for Team Greenwood to generate proceeds for this cause.

The Greenwood sisters have moved on to the next chapters in their journey. Carmyn is working at a Bush Keller Sporting Goods store in Indiana, and has also had the chance to play professionally with Florida Vibe in Bradenton, Florida. Cassady is now attending the University of Alabama at Birmingham to pursue a masters degree. Her softball career continues.

Even though their time as Cardinals has come to an end, both maintain a deep fondness for UofL.

“I would like to thank Louisville for supporting me and cheering us on no matter what the outcome ended up being. I’m glad I am going to be able to be a Card forever,” Carmyn said.

“The love we felt from the fans made representing Louisville easy,” Cassady added. “I also want to thank the support staff in the athletic department because there is not a program in the country that dedicates as much time as they do to the overall wellness of their athletes.” 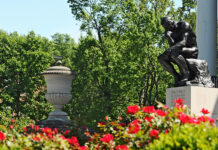 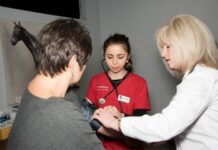