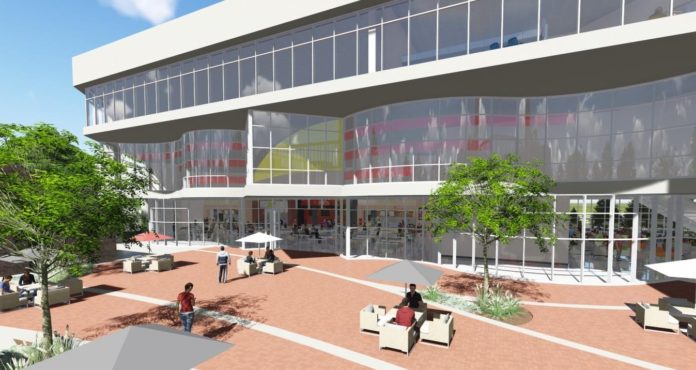 When University of Louisville students arrive on campus to begin their fall semester, they will be greeted by an array of updates and improvements around the university that will transform their Cardinal experience.

Among the biggest changes are the new construction projects happening around campus. Two new residence halls, University Pointe and The Nine, will begin housing students this semester. The luxury-style apartments will add about 800 beds within a block of campus. In addition, Crawford Gym will be demolished in order to make way for a new academic building, slated to open before the Fall 2018 semester. But perhaps the most ambitious project underway this semester is the renovation of the Student Activity Center, which will add thousands of square feet of meeting space and give the building a face lift in order to convert it into the “living room of campus.”

“Housing and common spaces like the SAC have a big impact on student involvement,” said engineering student Chris Bird. “The new facilities are going to make it much easier for students to come together and get involved on campus.”

Students can also expect to see some changes in how they navigate around the university. Warnock Street, which serves as the southern entrance to campus, has been renamed University Boulevard. The new flyover ramp joining Brook and Iowa Streets on the south end of campus has been christened the Brook Street Connector. In addition, the intersection of Floyd Street and East Brandeis Avenue at the northeast corner of campus has been converted into a roundabout.

In the classroom, students will begin to see more technology being incorporated into lesson plans, thanks to the opening of the Technology Innovation and Learning Lab (TILL) in the Ekstrom library. Run by the Delphi center, the TILL will allow instructors to try out new gadgets and techniques to help bring their teaching styles up to the cutting edge. To complement this, large lecture halls like those in Davidson, Strickler and Sackett have been outfitted with larger student desks featuring power outlets for charging their various devices.

In addition to these new sights around campus, UofL is also welcoming new leadership. Dr. Neville Pinto will serve as acting President of the university, following the departure of James Ramsey last month. Pinto will lead the university until the Board of Trustees selects a permanent president. English professor Dale Billingsley has stepped into Pinto’s former role as interim vice president and provost.

Cardinal Ambassador Rachel Casey is excited to start the school year at the improved Belknap campus. “When it’s all said and done, there’s not going to be another university on Kentucky that looks as good as ours,” she said.

This new chapter in UofL’s story began in late July when medical and dental students returned to the classroom. On Aug. 17, students will descend upon campus for the annual move-in. Undergraduate classes begin Aug. 22.