In 1907, UofL’s College of Liberal Arts opened on West Broadway, offering more than a dozen departments and admitting “both ladies and gentlemen.” The first graduating class in 1908 was comprised of 10 women and eight men, according to “The University of Louisville” by Dwayne D. Cox and William J. Morison.

As we mark Women’s History Month on campus – a glance back at UofL’s history shows that although enrollment demographics have always tipped the scale in favor of women, we’ve still come quite a long way.

Nowhere is that more evident than the spring of 2018, when UofL introduced its first (out of 18) female president, Dr. Neeli Bendapudi.

There are a number of other female-centric milestones throughout the 200-plus-year existence of the institution. Take, for example, UofL’s first school song, written in 1909, which originally omitted women. It wasn’t until the 1980s, when English Professor Lucy M. Freibert suggested changing the words from “We thy loyal sons now stand” to “We thy sons and daughters stand.” The change was authorized by President Donald Swain, who served in that role from 1981 to 1995.

In 1973, Freibert taught “Women in Literature,” the first women’s studies course given at UofL. Soon, there were courses in other departments.

On Feb. 17, 1975, Betty Friedan, founder of the National Organization for Women, spoke on campus. During that same year, the Women’s Studies Program began in the College of Arts & Sciences. In 1981, the university began offering a minor in women’s studies and, in 1995, UofL became the only Kentucky university and one of only a few in the South to offer a major in this field.

That’s not to say progress has come easily, however. All the way back in 1870, Professor Theophilus Parvin argued that association of the sexes in clinic and classroom worked against “the modesty and delicacy which are so essential to womanly character.” In the 1890s, the school admitted a woman, but “she was promptly hooted out of the lecture hall,” according to recounts from the book, “The University of Louisville” by Dwayne D. Cox and William J. Morison.

In 1891, Professor D.W. Yandell asked if women should practice medicine. He didn’t think so.

In 1905, however, Estelle Sederberg received her MD from the University of Louisville after transferring from another institution. The first woman to complete the entire UofL medical course was Marie Biehl, in 1923.

In the early 1940s, in the throes of World War II, women outnumbered men on campus two to one. The dean of women, Hilda Threlkeld, said these personnel shortages created new professional opportunities for women, but maintained that the woman’s most important role remained in the home.

As of 1967, women students were not supposed to wear slacks in the classroom or the library.

In 1975, UofL’s football coach Vince Gibson put out a call for female students to join the “Gibson Girls” club, which was designed to “present UofL’s best face to prospective athletes during their recruiting trips to campus.” The women were tasked with giving athletes campus tours and serve as their dates at various functions. FOCUL, a feminist student organization, protested, likening members’ obligations to prostitution. The Gibson Girls eventually folded.

Also in the ’70s, a group of female professors discovered significant salary discrepancies between them and their male counterparts. UofL responded by increasing the salaries of several female professors. However, in 1994, the Task Force on the Status of Women issued a report asserting that female employees were “victims of subtle yet pervasive forms of discrimination” – including pay inequity among administrators and faculty. A commission was created to create a comprehensive salary equity plan and in 1997, $1.1 million in salary adjustments was awarded in the first phase of the commission’s recommendations.

In the late 1980s, Freibert and political science professor Mary E. Hawkesworth began a campaign to establish a women’s center on campus with an objective of “promoting equality, increasing women’s self-reliance and heightening the understanding of women’s contributions to all cultures and societies.” Funds were approved in 1991. The center began operating in 1992 under the direction of Judi Jennings, and marked its 25th anniversary in 2017. It has since facilitated a number of initiatives, including the creation of the UofL Women’s Alumni Council, the UofL Women’s Network and the American Association of University Women, scholarships, a tampon task force and symposiums and roundtable discussions. Further, there are five student organizations under the umbrella of the Women’s Center.

Other relevant UofL milestones in celebration of Women’s History Month include: 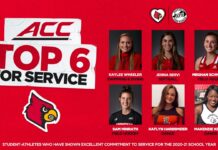 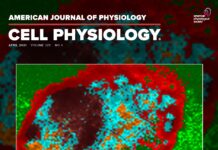 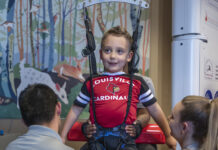