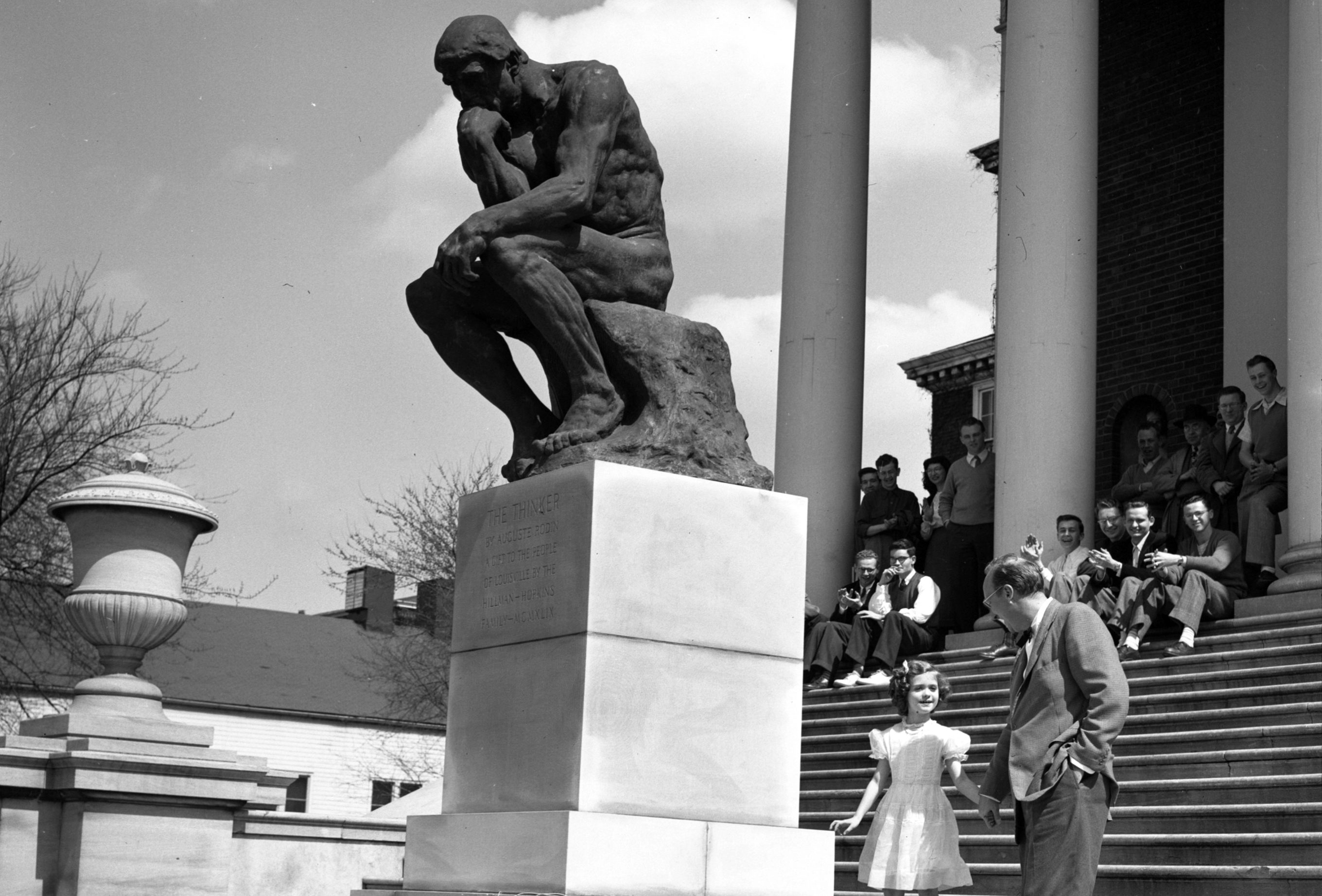 From his place on the Grawemeyer Hall steps, one can only imagine the things The Thinker has seen in the years since he was removed from his mold. An icon of the university, he has adorned the building where the president presides for seven decades.

Auguste Rodin crafted the contemplative form in the 1880s, but The Thinker UofL knows and loves came to be in 1904. UofL’s statue holds rank as the first large-scale bronze cast ever produced.

Since 1949, students have treated The Thinker as a friend and comrade, often decorating him for the holidays or topping his head with a warm hat. It’s a tradition that has been passed from the oldest alumni to the freshmen walking campus today.

Christopher Fulton, associate professor of art history, views The Thinker as a fitting symbol for UofL’s campus and students “What it represents is the labor of thinking and education,” he said. “Especially because we are a public educational institution, and many of our students struggle or strive to receive an education.”

In celebration of his 70th anniversary on campus, we pay homage to The Thinker. It’s often said that imitation is the sincerest form of flattery so we asked students to show off their best The Thinker pose as we ponder what the next 70 years will mean for UofL.