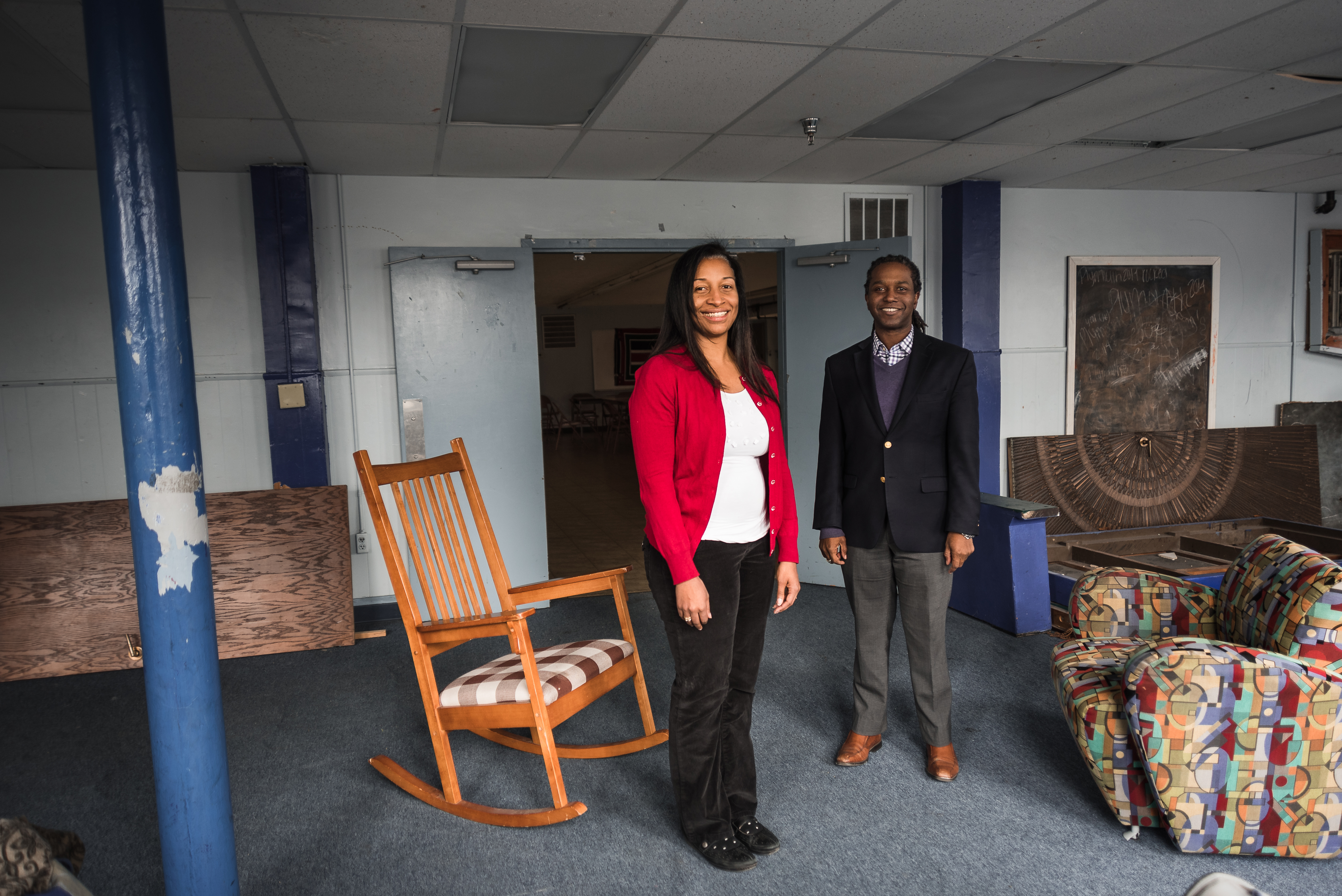 Spurred to combat homelessness, several UofL faculty and alumni are putting their professional and academic expertise to work in new ventures to serve people who don’t fully benefit from other Louisville shelter options.

Women and children can shower, do laundry, use computers and receive help with services at the Uniting Partners for Women and Children (UP) space downtown that opened mid-2018, thanks to social work alumna Andrea Scott ’16 and Amy Meredith ’00, a justice administration graduate.

Many overnight shelters close to occupants during the day. Although a daytime center served homeless men, there was not a comparable, safe place where women could go during that time. As a student, Scott discovered that void when she did her Kent School of Social Work practicum with Family Health Centers.

She later joined forces with Meredith, who altered her career path to help empower these women. After conducting a needs assessment in camps and other “frontline” areas and working with the Coalition for the Homeless and other groups, Meredith and Scott launched the UP shelter, open initially for three days a week. They estimated UP might serve 200 people in its first year, but that number was surpassed within the first few months of operation.

“This is a truly safe space,” Scott said. “It’s one of the only times during their day they are not harassed.” To help but not re-victimize, “we take a very trauma-informed approach, using the social work model of ‘meeting them where they are.’ ” About half are fleeing domestic violence. “It’s hard,” Meredith said. “When you’re in crisis, you need an advocate.”

The center also helps the women navigate systems that already exist and get connected to other resources and agencies. “We do a lot of connecting around here,” Scott said. Meanwhile, west of downtown in a former settlement house, UofL social work professors and advisory board members Maurice Gattis and Emma Sterrett-Hong envision its renovation into a shelter that will open in early 2020 and serve 22 young people aged 18 to 24.

The emergency shelter, named after the nickname of Lexington transgender pioneer James Herndon, will operate as Sweet Evening Breeze Inc., a fiscally sponsored project of the Community Foundation of Louisville Inc.

The shelter board works to provide an LGBT-affirming, welcoming haven for the young adults, where they can feel physically and emotionally safe while receiving counseling and life skills training.

Estimates show 20 to 40 percent of youth living on the streets identify as LGBT, Gattis said. Rejected by relatives or aged out of foster care, many have been kicked out of homes. And being homeless puts them at greater risk of victimization and harassment.

Gattis has collected data on home-less and LGBT populations in Toronto, Milwaukee and Louisville. A shelter for people who need it is “an intervention informed by research,” he said. “I recognize this is an opportunity to intervene.”

Sterrett-Hong’s research focuses on intergenerational relationships and mentoring with marginalized, vulnerable groups. Grateful to people who aided in her work, she said she felt “a sense of responsibility. I needed to do something tangible [to help].”