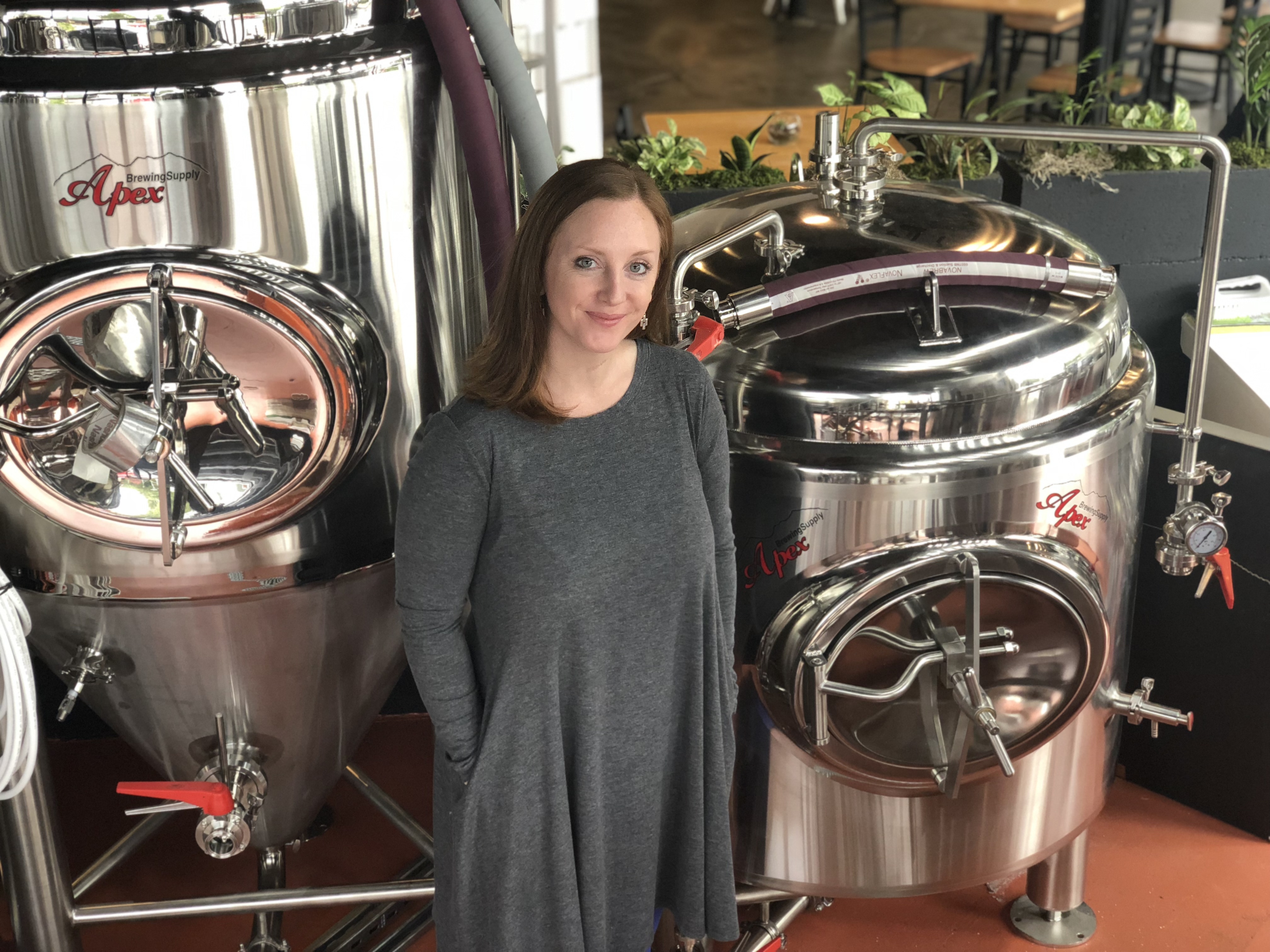 Becky Steele was young when her mother bought her that first telescope. It was “an accessible lab,” allowing her to explore the universe without leaving Earth.

For Steele, that was the start of a lifelong obsession with space — a celestial wanderlust she’s now working to fulfill as an astrophysics doctoral candidate at UofL.

“Say what you want to do, show up and see what happens,” said Steele, a NASA KY Space Grant Graduate Fellow.

Today, she studies celestial bodies over beer from False Idol Independent Brewers, the Louisville-based brewery she owns with her husband. Astrophysics was her dream, the brewery was his, and they decided to pursue both.

The pair partnered with vegan food truck, V-Grits, to open the brewpub in late 2018. In 2017, Steele enrolled in classes at UofL.

“We were undeterred,” Steele said. “But it meant we had two life transitions at the same time.”

Before astrophysics and the brewery, Steele had trained and worked as an engineer. In her free time, she thought about space, volunteering with the Louisville Astronomical Society and working with Girl Scouts of Kentuckiana to develop their first STEM badge.

Now that she’s pursuing her doctorate, Steele’s engineering background allows her to bring unique and “crazy ideas” into her research. She is working with advisor Benne Holwerda, associate professor of physics, to study gravitational lensing, the bending of light around space objects.

“This is an engineering problem to me,” Steele said.

Steele theorizes that if we can figure out all the mechanics of gravitational lensing, we could potentially manipu-late it to induce or remove gravity here on Earth.

Steele has already started her candidacy exams, and after earning her PhD, she envisions using her back-ground in entrepreneurship to build a space-based startup company.