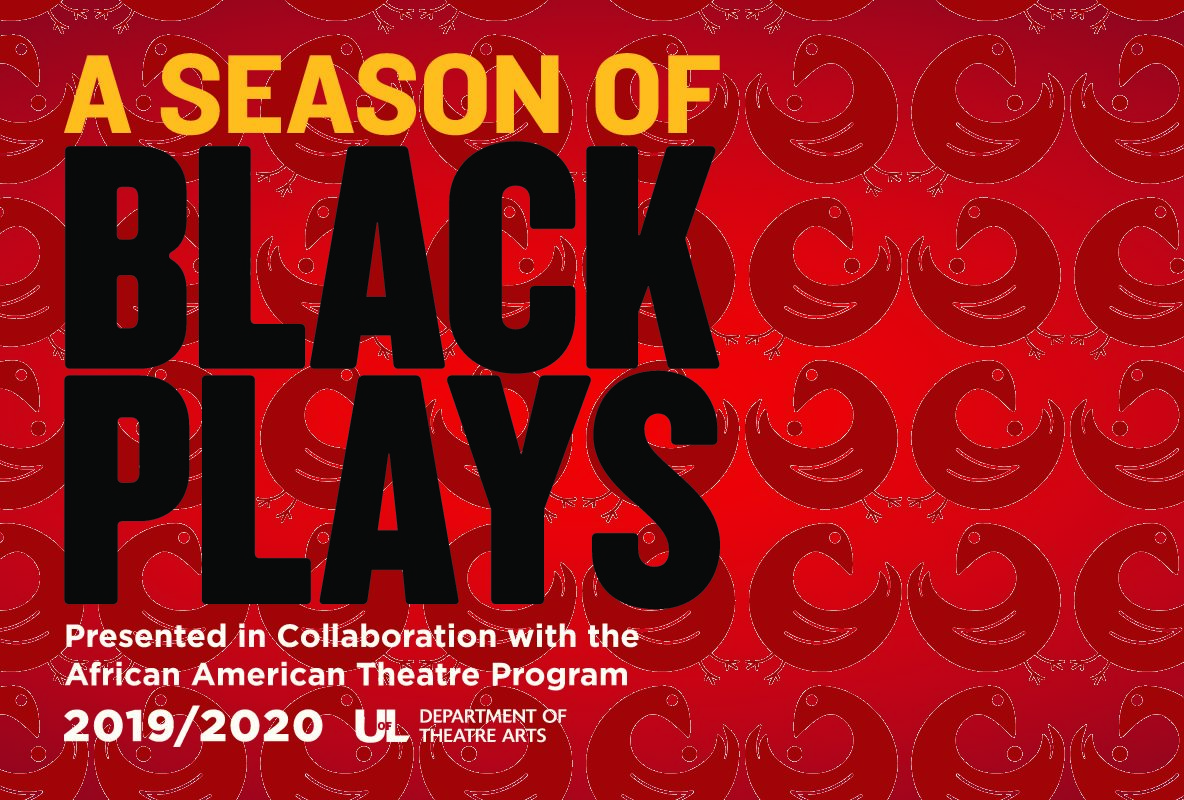 University of Louisville Department of Theatre Arts has announced “A Season of Black Plays,” in collaboration with the African American Theatre Program.

The season’s five mainstage shows, along with a Repertory Company production, were either written by black playwrights, feature black characters or address race as a central theme.

“Our season is a rare, unique opportunity for the community to grapple with broad, wide-ranging African American experiences,” said department chair Kevin Gawley. “With few exceptions, regional theaters usually present only one minority play a season. Our season brings the African American experience to the forefront, delving deeply into crucial questions surrounding race, past and present.”

Johnny Jones, director of the African American Theatre Program, said the idea for the season got rolling in the classroom.

His students read “New Black Math” by Suzan-Lori Parks, a creative essay that asks the question: What constitutes a black play? They also discussed August Wilson’s seminal speech “The Ground on Which I Stand,” which makes the case that “African American theatre is distinct, distinguished and fully deserving of the kind of funding and respect too often reserved for white culture and institutions.”

His students researched the mix of plays offered at regional theaters around the country and found that each typically does only one minority play in a season.

As the season’s theme emerged, so too did questions Theatre Arts hopes audience members and the community can consider together.

“I really want people to think about how these plays speak to America as a whole, not just one group of people — that really is the goal,” Jones said.

The department will offer programming with each show, like talk backs and panel discussions, to facilitate those kinds of conversations.

The department has done thematic seasons before, with a season of women playwrights two years ago and last years’ lessons of the past, stories of the future theme which examined historic stories in a current context. But the uniqueness of the season is already turning heads.

Jones said that when the department was at the National Black Theatre Festival this summer, someone compared UofL’s current Theatre Arts to Yale’s drama department in the 1990s, when it was a particularly strong leader in drama exploring race.

“As a third-year MFA student, I am proud to be a part of a legacy that promotes the work of black artists,” said Kala Ross. “I am honored to tell the stories of my people as they are stories for all people. In August Wilson’s speech ‘The Ground on Which I Stand,’ he says, ‘All of human life is universal, and it is theater that illuminates and confers upon the universal [or] the ability to speak for all men.’ A theatre department that embraces blackness speaks to the social awareness of the program. A ‘season of black plays’ is another season of excellence.”

A Season of Black Plays

All plays are at Thrust Theatre, 2314 South Floyd St., except for “King Hedley II” and “Six Degrees of Separation” which will run at The Playhouse, 1911 South Third St. Evening performances start at 7:30 p.m. Sunday matinees are at 3 p.m.

Purchase season tickets, which are $50, here. Tickets for individual performances also are available here or call 502-852-6814. Additional events occur throughout the year. For the most up-to-date scheduling go online.